“MEHR ASL” Was Awarded as “the National Exemplary Exporter of 2019”

Iran’s National Day of Export which has been commemorated over the past 22 years, is aimed at promoting the country’s exports status. Every year, this day is celebrated to honor the Iranian exemplary exporters in a bid to promote the culture of exports throughout the country.

This year, the National Day of Export was held on Monday, 2nd of December 2019 at Islamic Summit Conference Hall in the presence of First Vice President, Mr. Eshagh Jahangiri, Minister of Industry, Mine & Trade, Dr. Reza Rahmani, and Hamid Zadboum, the Head of Iran’s Trade Promotion Organization (TPO). The procedures conducted by TPO for selecting the exemplary exporters. Over 300 exporters had submitted their documents to the related committee; and among them 44 exporters have been announced as privileged and exemplary.

In this ceremony, MEHR ASL was appreciated and received its trophy as “the National Exemplary Exporter of 2019” from above authorities on behalf of Trade Promotion Organization of Iran (TPO).

In this ceremony, TPO head released some data on the country’s non-oil trade during the first half of the current Iranian calendar year (March 21-September 22) and said the neighboring countries are still the major export target markets of Iranian non-oil products, accounting for more than 50 percent of the exports. 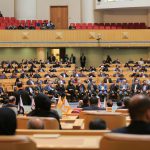 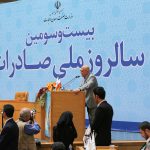 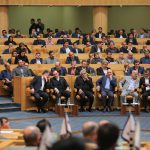 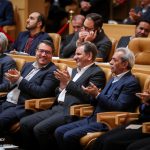 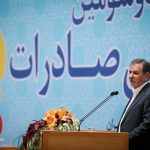 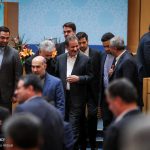